Minna’s life is turned upside down when her dad’s new fiancée, Helena, and her daughter Jenny move in. Her new stepsister, Jenny, turns out to be a mean terror and Minna is frustrated. She wants her gone!

One night Minna discovers a world behind her dreams, where dream builders create our dreams on theatre stages. Minna discovers that she can get back at Jenny by manipulating her dreams. But interfering with people’s dreams has dire consequences, and Minna goes too far, so Jenny ends up in a coma.

Everyone says it’s an accident, but Minna knows it’s her fault. Minna must enter the dream world one final time to face the living nightmare she has created, in order to save Jenny and her new family.

Minna learns that the only way to make your dreams to come true is to wake up!

“One night, many years ago, I had a strange experience. I dreamt that I discovered an opening into a world behind our dreams. A world where workers and construction teams worked diligently to create dreams for all people. The experience seemed incredibly real to me even though it was obviously absurd.

That gave me the idea for the Dreambuilders universe and a story began to emerge. My ambition was to create a compelling and touching story that address real issues in children’s lives and make them reflect on the nature of dreams without being too heavy handed or burdened by long explanations. Over the years this idea went through many iterations I finally found the story I wanted to tell.

Having raised 3 daughters I’ve always wanted to make a movie about their world and the type of conflicts girls encounter. Over the years I’ve followed many of their friends parents go through divorce and then later establish new families. I’ve experienced the frustrations and emotional strain children often feel, when forced to live with a new step sister or brother and how they make it work. I empathise with these dilemmas and find that combining this with the dreamworld is the perfect framework for a very unique and cinematic story.

As Minna’s life is invaded by step-sister Jenny and her father’s new girlfriend Helene, she uses the dreamworld to regain control of her life, whatever the cost. Gaff, Mina’s nervous dream builder warns Minna time and time again that they shouldn’t do it. However, his affection for Minna is to strong and he never manages to stop her in time. Only when she experiences the consequences of her actions does she wake up and realize that she has gone too far. That she herself is the villain.

For me it makes the story interesting that it about a heroine who does something wrong to save herself. Especially in a children’s movie. I find that its a dilemma many children recognize. That you’ve done something that you realize is wrong, acknowledge it and do the best you can to rectify it.

Ultimately, Minna becomes aware that it’s not about manipulating and changing Jenny, but accepting and including her as she is. In this way, Minna now experiences the joy of having a new friend who complements her, and based on that, a new and stronger family can emerge.

The humor plays an important role in the film. It creates a contrast to the drama and the dark side of the film’s theme. We put a lot of work into creating fun and weirdness when the dreambuilders create dreams.

Inspired by the look and feel of you can create in a live action film I wanted light to play an important part of the visual style. With Hydralab, the Animation Studio, we developed an approach to lighting closer to the setup used in live action films. To further the cinematic experience we opted for achromatic lenses and a widescreen format. All this gave us the tools to “paint” with light, conveying the mood and the emotions needed to create a more immersive experience, accentuating the movies color palette, as well as enhancing the epic feel of the film. I have a background in hand drawn classical animation and I felt that a more painted style would conway the feeling and warmth needed for this film. So for this production we used painted textures rather than the usual photorefrenced textures and bump maps normally used in CG productions.

It is important for the story that the dreams feels vivid and magical.  When we are backstage, the creation of the dreams feel very mechanical. To get this point across the dream universe is designed in a steampunk inspired style, with lots of small Dreambuilder robots creating impossible illusions. To enhance the shifts between between the dream world and the real world, the design of the real world points towards the Danish cosyness “hygge” and the feeling of home.” 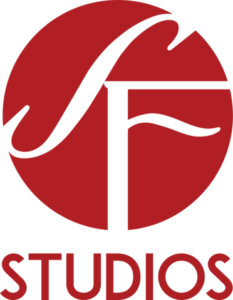 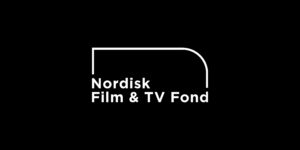